You are here: Home / Archives for Frank 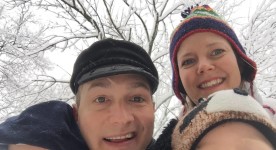 A version of this blog was originally published in Breaking Ground, a quarterly publication of the Tennessee Council on Developmental Disabilities I am a person with a disability. I survived a traumatic brain injury following a car wreck when I was 18. My disability is visible in the partial paralysis of the right side of my body which affects the […]